The varsity Bulldogs Basketball team is ready to redeem themselves and rise from the ashes of their last defeat.  Their loss against Jennings is just part of their learning, growing, and shaping of the Varsity Berkeley Bulldogs.  Many of the players are ready to give out their all in this game against the North Tech Eagles.  I interviewed two of the star players and asked for their insights of themselves and the team.  I interviewed Tyriq Artis and asked him, “How do you guys think we will do against North Tech?  He replied, “ We got a game plan, reviewed everything we got to do today and it’s going to show up.”  I then asked him, “How do you think Coach Muhammad is, is he a good coach, bad coach?”  Artis replied, “He’s a great coach, he knows what he talks about, and he gets us right for everything, and he’s just a great coach all around.”  I also asked Jordan Cole, “How did you recover after your loss against Jennings?” Cole replied, “ We talked about it, we had a long discussion after practice, we talked about all the faults we had, and talked about the mistakes we did.”  I then asked Cole, “ And what were those mistakes?”  He replied, “Selfishness, we don’t trust one another, bad communication.”  I asked him, “And how will you fix those mistakes?”  He replied, “We’re going to talk more, trust each other more,  and play more physical on offense and defense.”  As I watched the game, I saw some of those mistakes being corrected such as the breaks in communication, and selfishness.  Trust seemed to be an issue, not in each other but in some players individual minds.  I thought the North Tech Eagles were more physical than us and that led to a number of their points.  We could have been much more physical than them.  The final score, which came down to the last 21 seconds was 67-71. Jordan Cole wasn’t distraught over their loss, in fact he’s even more pumped and full of joy. I asked him, “ How did this game affect your look on the rest of the season?” He stated, “ It didn’t really affect anything,  it just showed us that we need a deeper understanding of each other and to be unselfish with the ball and as a team.”

Their next opponent will be Hazelwood East on Monday, December 12th, please come out and support them as they strive for their first victory. 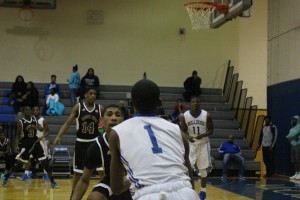 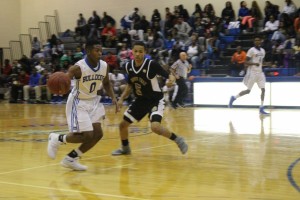