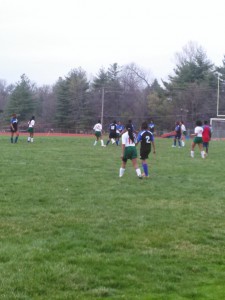 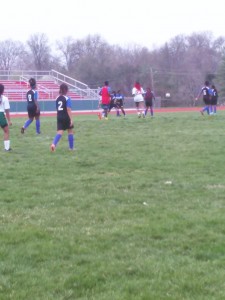 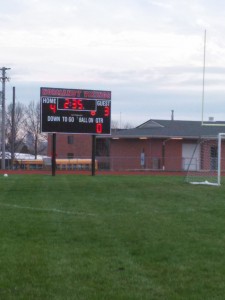 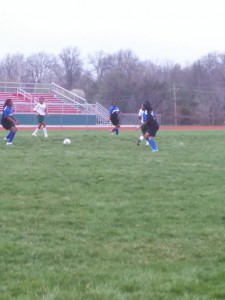 On Monday April 6, 2015, MSB Varsity soccer team played their first game against Normandy Senior High School. Upon arrival, it was discovered that there was no official referee and it appeared to be a big misunderstanding. Later it was decided that our soccer manager, Allerie Burns, would ref for the game. Although he wasn’t an official ref, he was most qualified aside from the coaches. Going into the game, our girls had no worries as to who would win because last season our team took home two victories against Normandy. The game was off to a great start as Myra Lopez was the first to score a goal against the opposing team within the first five minutes of the game. That was exciting! At half-time, the Lady Bulldogs were leading 3-0. At this point, everyone knew what the outcome of the game would be. When the second half began, there was a change in momentum. Normandy came back stronger and more aggressive than they started in the first half. As a result, they ended up scoring four consecutive goals against our three, starting our season off with an unofficial loss. We asked Allerie a few questions to get insight from a “referee’s” point of view. We started off by asking him what it like was to ref this game? His response was “It felt weird. I’m not new to refereeing a game, but you don’t normally ref for your own age group.” We then asked him what he felt was the worst part of the game. “When we started losing, it was unexpected,” he replied. Our last question to him was how he feels about the game now that he has refereed for our girls’ team. “I feel that girls’ soccer is a totally different ballgame, with more emotion involved.” Hopefully our Lady Bulldogs can come back even harder next time and prepare to take the next win.